Otitis media and vertigo between gossips and science 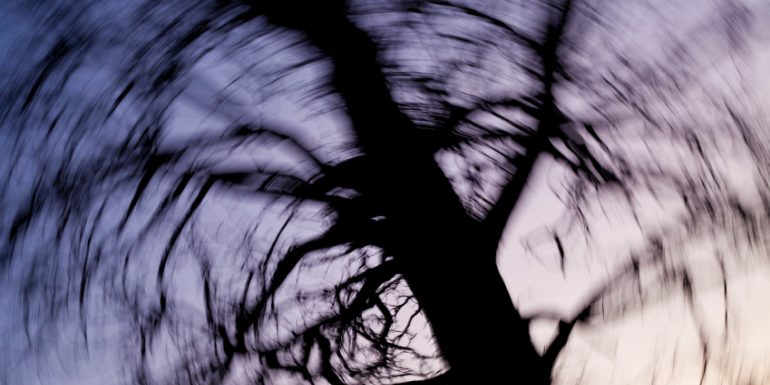 Otitis media and vertigo between gossips and science

“Patient: Dr, I have otitis media for years, and I am using betahistine pills for it but it’s still not good. Me: do you have pain or discharge from the ear??. Patient: no I have vertigo!”

“Doctor I have this dizziness, weakness and headache and I looked in the internet, they say it might be the middle ear”

“Doctor, 2 days ago I had an attack of chest pain and lost my consciousness for seconds, I went to the cardiologist, he found nothing, and told me to check my middle ear!”

In this chapter I will try to clarify problems of the ear related to dizziness in general. I feel annoyed when a patient comes to my clinic with a previous diagnosis of Otitis media for a complaint of vertigo, because there is nothing in medicine says that otitis media can cause vertigo, I believe that this problem is even magnified by patients, doctors, internet, and social media as well.

Most of the patients come to my clinic with problems related to balance have actually completely normal  ears  (including the outer, middle and inner ears), and their dizziness is usually caused by other neural, psychological, endocrine ,neck , joints or vascular causes, a minority have actually headache or general weakness rather than dizziness, some have sinus or eye problems.

To begin with, I would like to make some terms clear, because in English as in Arabic (the two languages I speak) when you say “I am dizzy” this can have lots of meanings!!  I learned from my patient’s population a wide spectrum of meanings for the term “dizziness” that can range from mild headache to complete loss of consciousness! So I managed over time to help the patient to describe their symptoms with any word other than “dizziness” , sometimes I give them examples, sometimes I lead them to some terms, but I always insist on the patient to let me know what he/she means by dizziness and wither he/she feel rotational movement or not. To me, dizziness is a very general term that does not mean anything medically. Vertigo should be feeling of rotation of the head around the room or rotation of the room around the head. Feeling pain in the head is called headache for me. Feeling the head empty or light is called lightheadedness. Darkness in front of the eye and blurry vision should not be called dizziness, at least in my clinic. Feeling frontal or temporal tightness is also called headache. Deviation to one side during walking could be called imbalance or gait instability. Falling down and losing consciousness is loss of consciousness not vertigo. Weakness and decrease ability to perform actions could be called fatigue. Feeling general instability and having less control on your body might be called unsteadiness.

The importance of differentiation between these descriptions is that only vertigo could be related to ear problems while all other symptoms are mostly due to non ear cause. So, for me, the most important part of the discussion between the doctor and the patient is to be sure wither the complaint is true vertigo or not. After that, the timing and severity of the vertigo should be assessed, it’s relation to movement is crucial, the association with hearing problems, tinnitus, nausea, headache, ear pain or discharge is also important.

I will discuss in the following paragraphs the ear causes of vertigo and the treatment options, as well as the symptoms that otitis media can present with to enable the reader to differentiate between otitis media symptoms and vertigo.

Ear problems that might cause vertigo are many; most common problems include “benign positional vertigo”, “vestibular neuritis”, “labrynthitis”, and “inner ear fistula”. the first condition is the commonest among the causes of vertigo, the patient will complain of rotation movement sensation of the head, or rotation of the room around the body, that happens when the patient moves the head to the right or the left in a specific angle, this will last for seconds and then it’s followed by a period of unsteadiness, this condition is related to abnormal dislocation of the fluid inside the canals of the inner ear due to generally a sudden head movement (which has no relation to otitis media). The diagnosis of this problem is clinical, a test called dix-hallpike test could be done and the treatment also by and head moving maneuver that could be done in the clinic and the patient may need to do a similar exercise at home, medications has no role in the treatment of this disease. So if you went to a doctor complaining of such a problem and he gave you a pill to take for two months, please consider visiting another doctor!

Vestibulitis or vestibular neuritis are associated with more sever kind of rotatory movement, the vertigo will be prolonged for hours and sometimes days, associated with nausea and vomiting, usually it’s causes by viral infection of the inner ear, and the treatment is bed rest with vestibular stabilizing medications like betahistine till the problem is resolved. Labrynthitis is very similar to vestibulitis, but the hearing nerve is sometimes affected causing hearing problems. Inner ear fistula is a surgical problem that means the presence of leak of the inner ear canals fluids outside the inner ear, could be due to chronic inflammation of the middle or inner ear, sometimes it’s caused by surgical or traumatic causes, and the treatment is usually surgical.

On the contrary, acute otitis media is a condition that present as sever ear pain, and ear fullness, sometimes with fever and flue like symptoms, if not treated, the patient might have ear discharge, the patient will usually not complain of dizziness or vertigo. It’s usually caused by viral or bacterial infection and accumulation of pus in the middle ear cavity; commonly occur in children due to nasal block and Eustachian tube obstruction. Diagnosis is simply by looking at the ear drum and observing the redness and bulging that is related to the inflammatory process, and the treatment consists of treating the cause of fluid accumulation and pain management with or without antibiotics for about one week, again treatment with vestibular stabilizers has no role here, and the problem is usually short term due to the short term nature of the disease. So if you were diagnosed with acute otitis media while you have no ear pain, you also need to consider arguing with the doctor or visiting another one!

Another form of otitis media is called chronic otitis media, this might be called suppurative or serous, it usually happens as a complication of untreated acute otitis media, but also could occur due to different pathophysiologies, you have not to confuse these diseases with vertigo, rarely they cause vertigo, symptoms and treatment is completely different and is beyond the spectrum of this article objectives.